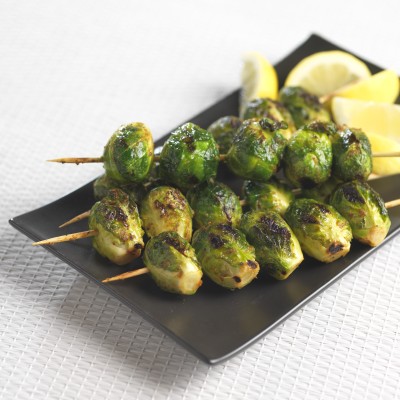 While your sprouts are cooking, preheat your broiler and whisk the eggs, egg whites, milk, salt and pepper in a small bowl. When sprouts are done cooking, turn heat to low and evenly distribute the skillet contents. Pour egg mixture over the sprouts and cook for one minute or until slightly set. Top with cheese, sprinkle with paprika, remove from flame and place under broiler for 3-5 minutes, until puffed and golden brown.

Cool slightly, then cut into wedges and serve.